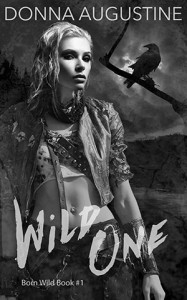 A new series set in the Wilds. Although it’s following two new characters, you will meet some old favorites later on in the story.

Some think seeing into the future, even if it’s death, is a gift. For me it has always been a curse. Magic rules this new world and my form of it is no blessing. Neither are the walls around me that I’ve been told are for my protection. If there is anything more cruel or vicious in the Wilds than what I’ve experienced here, I can’t imagine it.

After being sold to the highest bidder, a more ruthless monster than the one who controls me is looming. My life is on the razor’s edge of disaster and about to get worse until I’m broken free, aided by one of the most unlikely allies that roams the Wilds.

I’m willing to do the unthinkable and imprison another to remain free. But now my new master is hunting me and the one I’ve trapped is all that stands between me and an existence more horrific than death.

Get a copy on Amazon

First Chapter of Kissed by the Dark (Ollie Wit #3)

New reader group is up and running on Facebook!